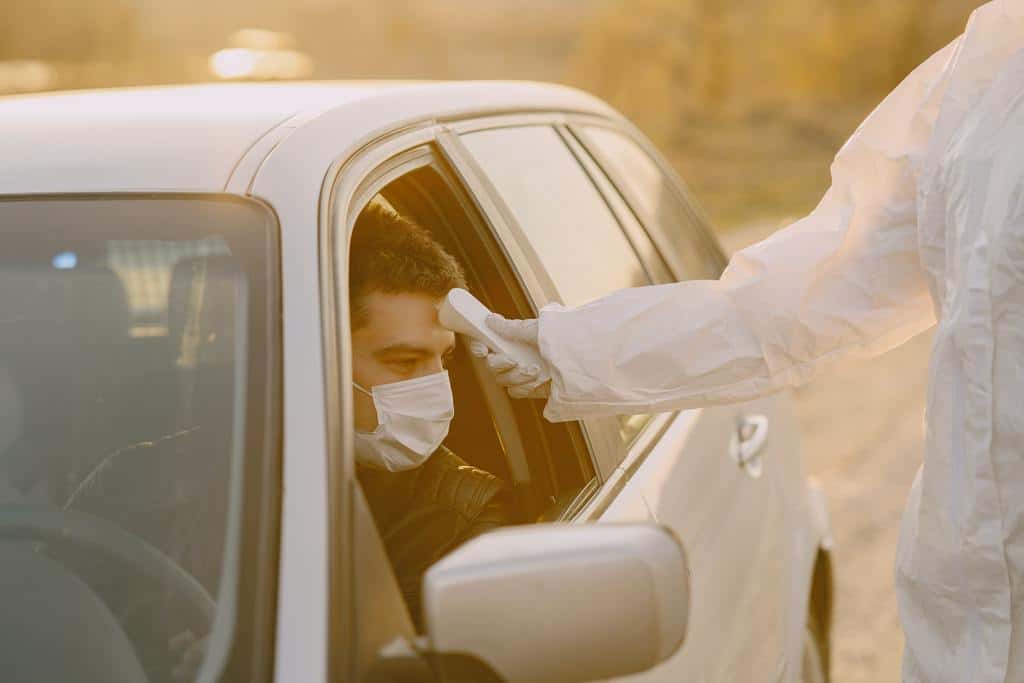 Many travel nurses have the desire to go where they’re most needed, and their impact has been particularly elevated during this global pandemic. Nurses have been sent in troves to New York City as the virus rages through the city’s understaffed hospitals. And Stability Healthcare still has many placements topping at around $5,500 a week in New York. But as the worst of the outbreak appears to be over for now in the large metropolis, it’s also important to look at where COVID-19 might strike next in the United States.

As several states plan to loosen their shelter-at-home orders in the coming weeks, scientists are predicting that the worst of COVID-19 in the United States is far from over. It’s hard to track where the upper respiratory virus, which has claimed the lives of over 50,000 Americans, will hit the hardest in the next few months leading into the fall. Some of the outbreaks have come entirely by chance. A person without symptoms could be particularly contagious and spread the virus widely. Some scientists say that the weather has an impact.

All of this uncertainty can make it hard to predict where nurses will be most needed in the coming months. But studies have proven that despite some uncontrollable variables, how a state’s leadership and its residents take action in preventing the spread of COVID-19 can make a notable difference in regional outbreaks.

If you’re a nurse looking ahead to where your work will be most needed, it’s wise to look at what government leaders are doing to keep residents safe, which states have higher elderly populations and which states have cut funds to hospitals in recent years. We’ve put together a list of a few places that might be at high risk for a major outbreak this year, and will certainly need the help of experienced travel nurses.

Georgia Governor Brian Kemp has come under fire this week for his controversial reopening plan. Kemp said in a tweet that nonessential businesses including hair salons, gyms, barbershops, tattoo parlors, bowling alleys, and nail salons will be allowed to resume some operations on Friday, April 24. And on Monday, April 27, theaters, social clubs and dine-in restaurants will be allowed to reopen also. With over 22,000 confirmed cases and 892 deaths in Georgia and the number of deaths per day still rising, many are saying Kemp is reopening way too soon.

Kemp said he felt confident that the state could reopen safely based on “favorable data and more testing,” but Georgia has only tested 100,000 people in its population of 10.62 million people. That’s only 1 percent of the population. A recent study out of LA County found that 55 times as many people had antibodies for CoronaVirus than the number of people who tested positive in the county. This could mean that all across the country, hundreds of thousands of people had or have COVID-19 without knowing it. And Kemp didn’t exactly do a good job of combating the spread of the virus at the forefront. He waited until April 2 to issue a stay-at-home-order — way later than most of the country. Even if everyone follows the social distancing rules when opening their business, another major outbreak in the state seems inevitable. And it doesn’t help that Georgia’s hospital capacity is lower than half the country’s, with a rate of 2.4 beds per 1,000 people.

Stability has about a dozen placements in Georgia right now, topping at $3,409 weekly.

This small New England state might seem like an odd place to experience a COVID-19 outbreak, but it has two damning characteristics: It ranks in the top 10 states with the highest elderly population in the country, and it ranks very low in hospital capacity, with only 2.1 hospital beds per 1,000 people.

New Hampshire has only seen 51 deaths related to CoronaVirus and only 1,588 confirmed cases. Numbers alone, this seems small. But with a population of only 1.36 million people, the small state actually has the same death rate as California and Florida. Its outbreak is also rising steeply. Test numbers from Thursday, April 23 showed that the state added 84 cases in a day.

Fortunately, Governor Chris Sununu said he is likely to extend the state’s stay-at-home order beyond May 4. Still, the state is predicted to surpass its hospital capacity and will certainly need some help.

Missouri is another state toying with reopening many of its businesses as COVID-19 cases continue to rise. On Friday, cases reached 6,625, with a 20 percent increase in COVID-19 related deaths. However, Governor Mike Parson said that almost every business will be able to open in Missouri on May 4, citing a much lower case number than predicted at this point.

A member of the state’s coronavirus task force said that the state has ICU beds and ventilator capacity, and enough personal protective equipment. But early projections about the virus predicted that Missouri would far surpass its hospital capacity (about 3.1 hospital beds per 1,000 people), and an early opening for the state could make this prediction a reality.

There are over 30 placements available in Missouri.

If it isn’t clear by now, the states that should be watched most closely are the ones who were reluctant to close at the onset of coronavirus and are now considering reopening prematurely. Alabama, like Georgia and Missouri, fits the bill.

Governor Kay Ivey issued a shelter-in-place order for the state on March 28, well after many states in the country. And as Alabama has appeared to surpass its peak, with 14 days of consecutive decline, many are calling for the state to open its doors. Including, Will Ainsworth, the state’s Lt. Governor. Ivey’s stay-at-home order ends next week. But even Ivey herself has expressed concern about testing, with only 1.1 percent of the population tested. If the state opens too early, it could risk overwhelming its hospital capacity – which is only 3.1 hospital beds per 1,000 people.

Connecticut is already one of the hardest-hit states in the country, with the third highest death rate just below New Jersey and New York. But experts say that death and isolation will continue in the state for several more weeks. Statistical models predict that the state’s outbreak is less than halfway over, and deaths could possibly double from 1,544 to just over 3,000. Undeniably, the state’s hospitals are overburdened, with just 2 beds per 1,000 people.

Governor Ned Lamont said that businesses will likely not reopen until early June. As cases continue to grow, there are several high-paying placements for nurses in the state.