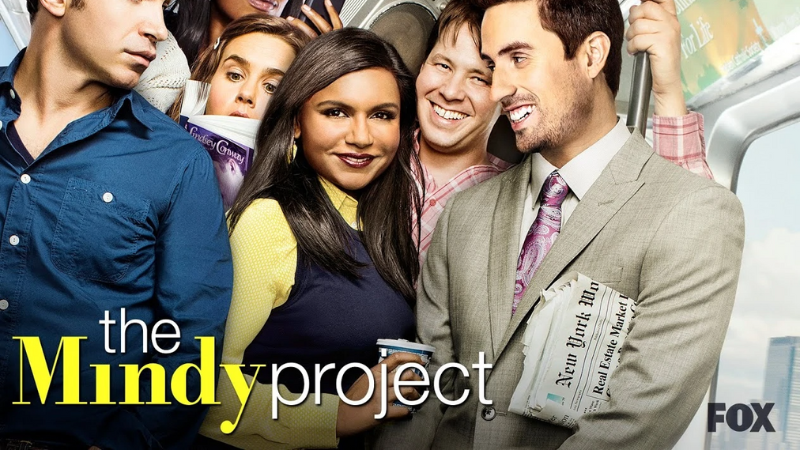 Medical television (or at least tv shows featuring nurses) is sometimes the best cure after an arduous day caring for patients. While some shows are dark and severe, all of these share commonalities: dramatic workplace dynamics such as hospital hookups in on-call rooms and doctors and nurses dealing with unrealistic procedures – priming us for some binge-worthy and laughable entertainment. Here are a few of those TV shows nurses just can’t get enough of this season: 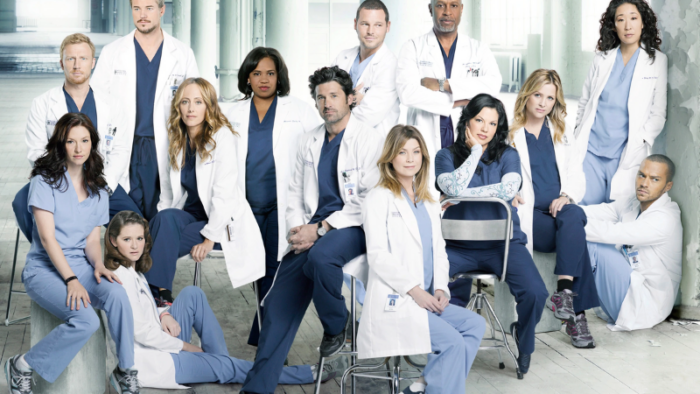 This never-ending show with endless plot twists and juicy hospital romances will have nurses screaming at the TV without reaching for the remote. Grey’s Anatomy has been on for eighteen seasons, with the nineteenth coming out in early October, so it’s perfect if you need something to binge. Nurses love to hate-watch this show for its inaccurate portrayal of nurses in the workplace. Critics examine how the surgeons do most of the work for their patients while the nurses are ‘low-skilled lackeys.’ In other words, take this show with a grain of salt, as there is little validity. Mindless TV has never been more essential after a long day of fully-cognizant tasks.

You can stream Grey’s Anatomy on Disney Plus and Hulu. 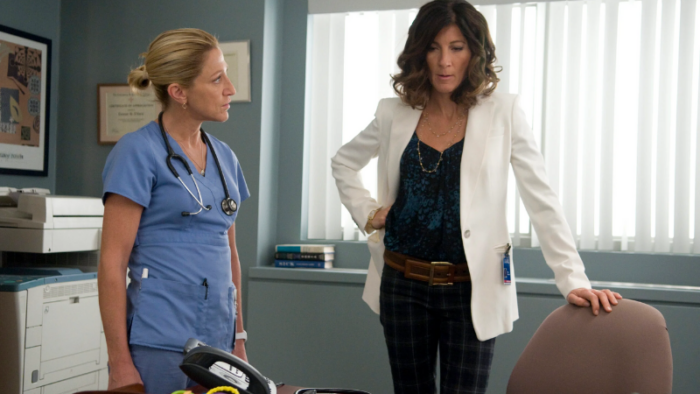 Another polarizing, long-running show is Nurse Jackie, which follows an ER nurse named Jackie Peyton as she struggles with a prescription painkillers addiction. Where it differs from Grey’s, nurses are highly-skilled and visibly working in the hospital: taking blood samples, hanging IVs, and devoting time to their patients. Theresa Brown, an oncology nurse, wrote a New York Times opinion piece describing Nurse Jackie as a “standout portrayal of nursing when TV almost always gets nursing wrong.” So, if you are looking for a riveting medical-comedy drama that has a realistic view of nurses while cycling through the ebbs and flows of sobriety—again and again, look no further than Nurse Jackie.

You can stream Nurse Jackie on Paramount Plus. 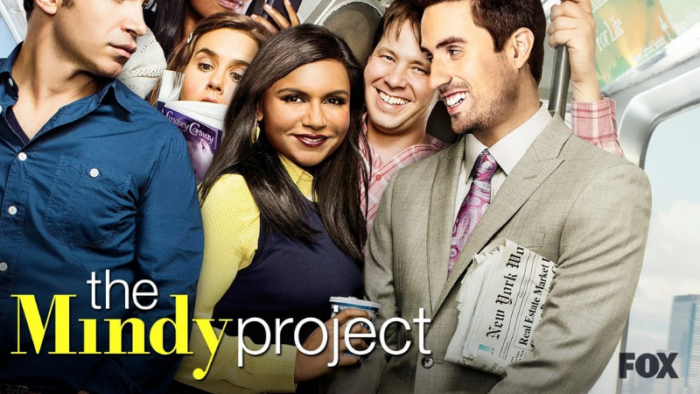 We cannot recommend Mindy Project enough if you enjoy ridiculous situations filled with unconventional characters. Although this show wouldn’t be considered a medical drama, it takes place in an OB-GYN office and has three recurring nurse characters. These characters are far from bright, with the primary nurse character Morgan Tookers. Morgan is a psychotic but fun-loving ex-convict who finds himself in outlandish scenarios—from wrapping the main character, played by Mindy Kaling, in a pizza box to stop her from ‘jumping’ him or sexting her potential hookup without her knowledge. Although the nurses are far from accurate, they are vital to the plot and offer comic diversions when necessary.

You can stream Mindy Project on Hulu. 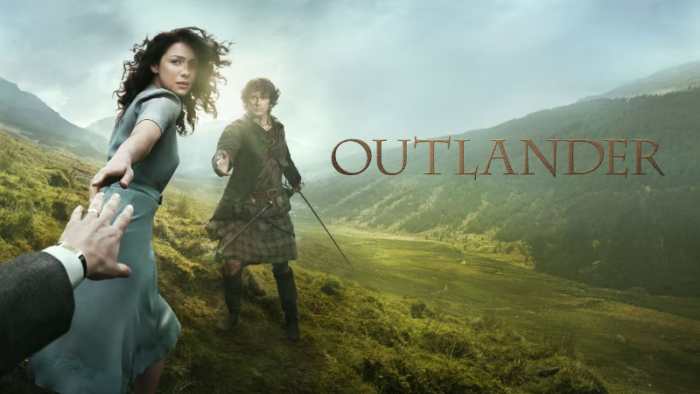 Calling all historical fiction lovers, Outlander is the show for you! This onscreen adaption of Diana Gabaldon’s bestselling Outlander novels follows a sensible second world war combat nurse Claire Randall, who gets magically transported back to 1743 and meets Highland hero Jamie. Claire Randall is far from ill-equipped, using her knowledge of twentieth-century medicine to her advantage in eighteenth-century Scotland, practicing medicine on the battlefields. This series will leave you on the edge of your seat, watching as these two time-crossed lovers navigate the perils of Scotland before the Jacobite risings. Not to mention, it just got renewed for a seventh season!

You can stream Outlander on Netflix. 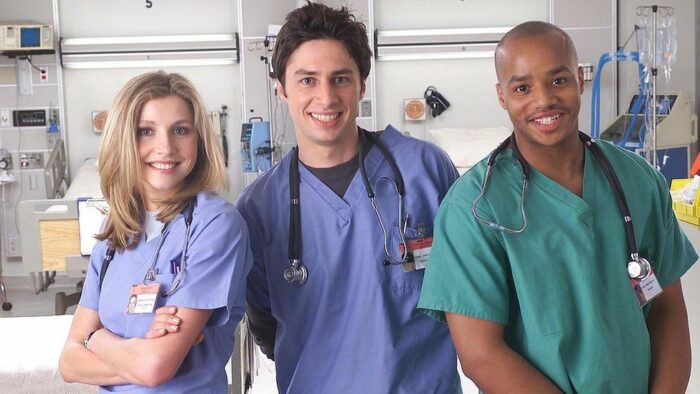 The Scrubs series holds up as one of the better-watched sitcoms on television. The show is set at Sacred Heart Hospital, following young physicians J.D., Turk, and Elliot through their ups and downs while coping in a high-stress hospital environment. But let’s not forget the most loved character, Nurse Carla Espinoza, as she bosses the two leading physicians around, develops a romantic relationship with Turk, and friendship with Elliot. Although audiences can view her character’s headstrong and strong-willed attributes as bad-tempered, she does make a difference in the hospital. As the season goes on, so does her character development. From dealing with procedures to juggling her patient’s every need, Carla shines some light on how amazing nurses are. Give Carla all the love she deserves by streaming scrubs on Hulu.

You can stream Scrubs on Hulu.

Ready to begin your travel nursing journey or pick up your next shift? Take at open roles through Stability!

How to Prepare for a Travel Nursing Interview

The Importance of Flexibility in Nursing Careers

5 Things to Know About Being a Cardiac Cath Lab Nurse